So nearly 90% of organisations do not have an established model of leadership that has been proven to deliver the outcomes that they’re looking for. They’ve got a framework sometimes that they’ve put together or they’ve had some advice around, but there’s no evidence that that framework is actually delivering what they want or the outcomes that they’re looking for. And so nearly 90% of organisations have no model and it is the same for individuals within those organisations. They have no model of leadership. They have this notion in their head around “what is leadership”, but when you try to pin them down and tell me “what is leadership”, they have no model.

One of the great things about MLQ plus and the full range leadership model is it gives organisations and individuals a model so they can put leadership into a box and go, “here are the behaviours that you need to demonstrate in order to get the outcomes that you’re looking for as a leader”. Here’s your model.

And then you can move very quickly into, “well you know it’s building trust, inspiring others, acting with integrity, innovation, coaching”–those are the transformational behaviours and you want to do as much of those. And then transactional and the passive avoidant exactly the same. And then in the model you can say, but actually just so you’re really clear, we know what acting in integrity looks like.

There are four behaviours that you need to demonstrate to act with integrity. And we know that when you demonstrate these behaviours, the outcomes of leadership, extra effort, effectiveness and satisfaction go up. And so very quickly you can say, okay, so you need to talk about your values and beliefs to the people that you lead, the people around you, your peers, your boss so people know who you are, they know what you stand for. Now obviously there are implications if you say, you know, kindness and generosity are really important to me and then you don’t demonstrate those, then you’re going to have a problem. So what does that mean? Through the coaching process or through the leadership development process, which might be a program or individual coaching or all sorts of on-the-spot behaviours, you learn that actually this behaviour of talking about their values and beliefs actually requires them to think really quite deeply about what are their values and beliefs. Equally, one of the other behaviours in acting with integrity is this–the importance of having a strong sense of purpose. Consider the moral and ethical consequences of the decision-making. And obviously, the other one is a collective sense of mission.

So it gives them four clearly identified behaviours that they need to demonstrate in order to fulfil the behaviour of acting with integrity and therefore getting their outcomes. And it gives them a model. So all the time when you’re thinking about the leadership space, what are you trying to do here? Are you trying to build trust, inspiring people, acting with integrity? Well, if you think about why I need to demonstrate them acting with integrity, how do you show that you’ve considered the moral and ethical consequences of the decision that you’re making? Have you asked the questions? Ethically, should we be doing that? What’s the consequence of that? How would that look morally? Should we really be thinking about these things or going in that place? Morally, should we behave like that towards each other, et cetera, et cetera.

And so therefore you know that by doing that people go, “oh actually this is a leader I want to work for”. And therefore having the model allows people to go, “this is what it is or this is what I’m doing and this is why I’m doing it”. And so it’s one of the biggest issues that I found over sort of nearly 30 years of doing this work is that people have no model in their head. They have no idea around where all these bits like emotional intelligence and coaching or whatever fits into the model. They’ve got bits and pieces and they’ve got all that’s leadership, but they’ve got no full model, full range leadership model that actually goes, “this is what you do in order to get these outcomes”.

When you give it to them, it is like the light bulb comes on. I mean we’ve literally just done a leadership program in the last couple of months where they just sat there with their mouths open on the first day going, “why didn’t somebody tell me this 20 years ago”. Well, you know you worked for a great organisation and they’re telling you now. But it is for most people, the fact that they haven’t got a model, giving them the model or explaining to HR directors, CEOs that the point of a program or appointed MLQ plus is that it gives people a model to understand leadership and they’re advised to do something that doesn’t fit into the model, then why are they doing it? Because there’s no evidence to show that it will help them achieve the outcomes of leadership.

You can go and bang bongo drums naked in the forest if you want to, because it might make you a good leader. But there is no evidence anywhere to show us that that actually makes you a better leader. Whereas there is evidence to show that talking about your most important values and beliefs to your peers, your juniors, your subordinates, your boss actually does improve the quality of your leadership and therefore you get the outcomes of leadership as a result. Hopefully that helps. Thanks very much. 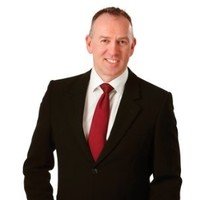 Dr Mike Allan specialises in the development of leaders and blends decades of practical commercial experience in multiple international and cultural settings with his significant academic knowledge. With a strong belief in the power of innovation and creativity to drive peak levels of organisational performance, he designs and uses carefully crafted coaching, assessment, change and development programs to meet client needs. Pragmatic in his approach to every project, Mike maintains a razor sharp focus on value, action and commercial imperatives. 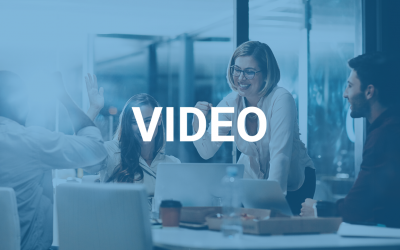 People don’t understand that there is a difference between the word “management” and “leadership”. And often it’s used interchangeably within the business world. However, that’s not correct because leadership and management have two very distinct skills. 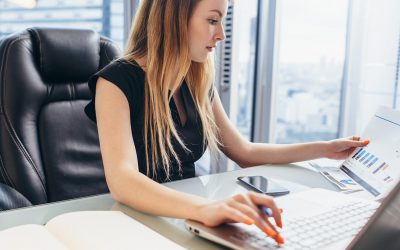 How to Capture and Demonstrate the Value of your People Investments

Business spend billions of dollars globally on training and development. And yet, according to 40% of global leaders and executives… 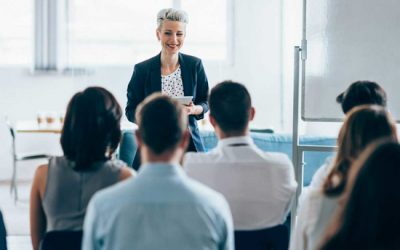 What it takes to become a Transformational Leader – Leading with Integrity